Much of the activity in the Mackenzie Basin is managed through comprehensive consenting processes. When a consent is granted for an activity, conditions put on the consent determines how the activity may be carried out, and consent holders are obliged to comply with the consent conditions.

For example, farmers who want to undertake a new activity, such as planting crops or dairying, must apply for a range of consents eg to take and use freshwater, to discharge effluent, or to build infrastructure such as a shed or a water pipeline.

The same applies when residents want to change structures on their property, when business want to build new infrastructure, or when landowners want to develop tourism or visitor accommodation.

Consents are generally required from the local or regional council. If the proposed activity is on pastoral lease land or may affect public conservation lands, permission may be required from LINZ or DOC. 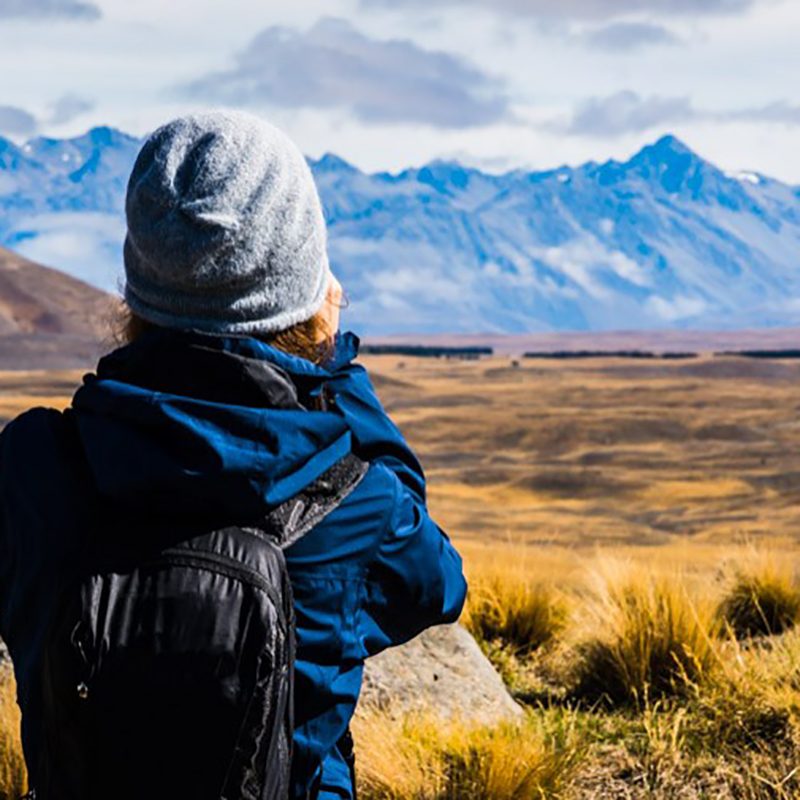 These are the agencies in the Mackenzie Basin Agency Alliance Programme and working closely together under the alliance gives visibility across the agencies and the often multiple consents for activity in the area.

Which agency you need to contact about any proposed activity depends on how the land is owned and managed and where it is located. Specific information about the consenting assistance each agency can provide you can be accessed in a series of factsheets about each one or you can read on for a summary of this information below.

The Mackenzie Basin Alignment Group alliance of the five agencies with regulatory responsibility in the Mackenzie aims to make it simpler for people needing a consent by removing the duplication and time involved in applying to more than one agency at a time.

The rules our five agencies manage in the Mackenzie

Under the Resource Management Act 1991, Environment Canterbury is responsible for the integrated management of the region’s natural and physical resources, which includes (but is not limited to) policies to protect land of regional significance; ensuring there is enough development capacity for housing and business land; controlling the taking, use, damming and diversion of water; and controlling discharges of contaminants onto land and water.

To help carry out these functions, Environment Canterbury has developed the following planning tools, which apply to the Mackenzie Basin:

Resource consent is now required under PC13 for most buildings, fencing, pastoral intensification and agricultural conversion. As such, resource consent for large-scale irrigated developments are now difficult to obtain under PC13.

Mackenzie District Council is also introducing further Plan Changes to its District Plan which include stricter rules around vegetation clearance and biodiversity protection.

Waitaki District Council, which covers only a small part of the Mackenzie Basin at the southern end, controls land use within this area through the Operative Waitaki District Plan 2010. The plan has rules around appropriate rural land use and development, and environmental protection. The Council is currently undergoing a District Plan Review, which will improve the existing framework for managing future development in the Mackenzie Basin and Upper Waitaki. The review is focusing, among other things, on the adequacy of existing Rural Scenic zones and how best to respond to emerging land use issues.

As well as an increase in irrigation over the last few decades, there has also been an increase in housing development, with applications for subdivision of rural land. Currently, for example, the Waitaki District Council is considering an application from McIntyre and Waitaki Trustees for a controlled (non-notifiable) consent to subdivide land beside Lake Ruataniwha into 12 allotments for building houses. The land is part of a large dairy farm and is within the Waitaki District Council’s Rural Scenic zone, including Table Hill, identified as an Outstanding Natural Landscape. The Council has placed the application on hold pending a landscape assessment by the applicant to show the location of each building within each proposed allotment. However, any future dwelling would still need an additional land use consent under the provisions of the Waitaki District Plan.

The Crown’s role in the Mackenzie dates back to the 1800s when the Government ordered the initial purchase of land in the South Island high country from Māori. The first leases in the high country were set up in the mid-1800s enabling farmers to live and work on the land.

Since then, the landscape has changed. The area has been used for a number of different activities from sheep farming and gold mining in the later 1800s to electric power schemes and tourism in the 21st century.

LINZ has a role in managing some parts of the Mackenzie on behalf of the Commissioner of Crown Lands. These include pastoral leases, and river and lakebeds.

Pastoral Land: The Crown owns the pastoral lease land in the Mackenzie and elsewhere in the South Island high country. The Commissioner of Crown Lands leases that land to farmers. The Commissioner is an independent statutory officer who works with farmers on how they can use this land.

As leaseholders, farmers are required to apply for a discretionary consent to carry out a number of activities on the land. These include establishing buildings and other farm infrastructure, as well as carrying out work to develop the pastoral lease to grow pasture and feed crops. This covers activities such as topdressing, scrub clearance, tree felling, tree planting, tracking, and erecting irrigation infrastructure.

The Commissioner grants discretionary consents to farmers. These are then monitored by staff at LINZ to ensure that leaseholders are complying with the consent conditions.

Biosecurity: LINZ also undertakes biosecurity work on all the land it administers. In the Mackenzie Basin this is primarily focused on tackling pest plants, including wilding conifer control and weeds like gorse and broom, in riverbeds and along lake shores. We also carry out work to control the rabbit populations, which has included a joint programme with Environment Canterbury and DOC with the recent release of the new rabbit calicivirus RHDV1-K5. The new strain showed a 40% kill rate in the Mackenzie, where rabbits are the most invasive.

Rivers and Lakebeds: On the Commissioner’s behalf, LINZ manages most major lakes in the South Island, including Lakes Pukaki, Tekapo and Ohau in the Mackenzie Basin. LINZ also manages the beds of navigable rivers, which in the Mackenzie includes the Waitaki River. ‘Navigability’ generally refers to rivers with a history of navigation along their course.

If anyone wants to undertake an activity involving a lake or river bed, they may need the permission of the Commissioner. Some of the activities that require consent include building a jetty or boat mooring, and extracting gravel.

The Department of Conservation (DOC) is accountable for the stewardship and management of public conservation lands in the Mackenzie Basin. DOC is also responsible for protection of the Basin’s unique and threatened biodiversity, as well as its expansive iconic landscape, and historic heritage.

DOC operates a captive breeding programme for the recovery of New Zealand’s most threatened wading bird, the kaki (black stilt), found only in the Mackenzie Basin. While many of the Mackenzie’s protected areas are high altitude mountain lands, a large number of important species and habitats exist on land stewarded by others. DOC works with many other agencies, Ngāi Tahu, and other partners to achieve conservation protection across boundaries, both on and off public conservation lands.

Simons Pass Station is a high country farm at the southern end of Lake Pukaki. It is made up of both freehold land and the Simons Pass Crown pastoral lease. It has consents to irrigate up to 4500 hectares via up to 39 pivots to accommodate up to 15,000 dairy cows. It also has consents for associated infrastructure, and to take water from the Tekapo canal via an 8km pipeline, from Today, the station has consents from the Mackenzie District Council, Environment Canterbury and the Commissioner of Crown Lands.

However, when the consents were granted in 2016, the Environment Court attached 99 conditions that had to be met, including setting aside a 2500 hectare Dryland Recovery Area and spending at least $100,000 a year on restoring indigenous species in that area.

At present, the 9700-hectare station is still primarily a beef and sheep farm, with approximately 1300 beef cattle and calves, 7000 sheep, and 840 dairy cows.

Consents from Environment Canterbury and the Mackenzie District Council are now in place for Simons Pass Station to irrigate a portion of its land on either side of State Highway 8 in the Mackenzie Basin.

The consents relate to the Mary Range part of the station, to the west of SH8 (which was previously irrigated by a border dyke system); and to a small portion of two pivots further south, to the east of SH8. These two pivots are close to the Simons Pass dairy sheds, where the farm’s 840 cows are being milked.

Commencing irrigation on the remainder of the station has yet to be consented by the Mackenzie District Council.

Environment Canterbury’s consents – how did they happen?

At Simons Pass, the station’s numerous consents took some time to come about. The majority of the Environment Canterbury consents were granted in 2012, but were appealed to the Environment Court by Forest and Bird, the Mackenzie Guardians, Genesis Energy and Meridian Energy and Simons Pass Station itself. Following amendments to the application and, with the imposition of 99 conditions onto the consents, the Environment Court appeals were settled in September 2016 by all these parties, including those who originally opposed the consent.

These conditions included the requirement to set aside a large Dryland Recovery Area (about 2500 hectares) for conservation. Some of this area (1350 hectares) is located on the pastoral lease, while the remainder is on the existing freehold farmland. The 2016 mediated consents also require the station to spend at least $100,000 a year to restore indigenous species in the Dryland Recovery Area and otherwise leave the area untouched. The agencies that administer these consents are monitoring conditions carefully and often, as well as working with the landowner to ensure environmental requirements are met.

Could consents like these be granted in the Mackenzie today?

The intensive farming allowed at Simons Pass would not get consent in this location today because the rules have changed. The rules in the Mackenzie Basin are now are much stricter, particularly since 2015, and are beginning to bite. In fact, two new consent applications for more intensive farming have been declined since 2016 due to concerns over landscape values and water quality.

A proposal today on the scale of Simons Pass would need to demonstrate compliance with much tighter rules around land use, water quality and water use, and loss of biodiversity, introduced by Mackenzie District Council and Environment Canterbury in the last two or three years. Information about these tighter controls can be found on our land use page.

The recently initiated close collaboration between all our five agencies with statutory responsibilities in the Mackenzie Basin also means a much stronger, consistent line on managing future land-use change in the Mackenzie and a joined-up approach to consenting and planning rules.